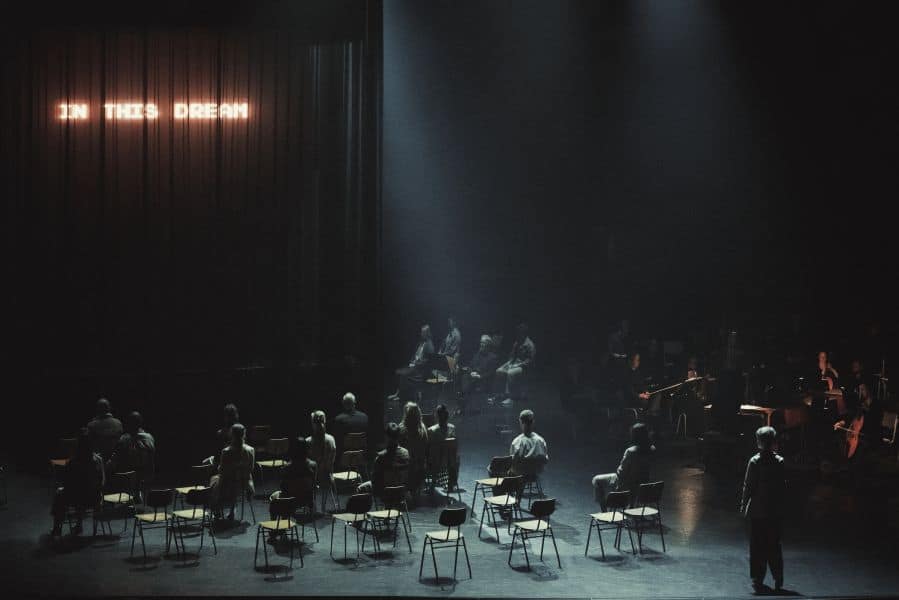 Thanks for writing so thoughtfully about Light – the Bach project. I am delighted you enjoyed the performance.

I thought I could perhaps answer the excellent question which you posed at the end about why the project didn’t involve Royal Theatre dancers or singers.  We are committed to our identity as an ensemble company and so the question you ask is an important one. The answer is, as ever, complicated but I thought it was worth sharing as it shines a light I think on some of the ways in which we work at the Royal Theatre.

Firstly, regarding dancers.  It is actually surprisingly difficult to schedule collaborations between the Royal Opera and the Royal Ballet because we are effectively programming two different stages most of the time.  It makes it hard to continue that level of output across the Theatre, when we put all the resources into a single show.  That said, we are hoping to collaborate with the Royal Ballet in a special project in the Theatre’s 275th anniversary season in a couple of years’ time.  This means we do work with external dance companies from time to time – I am a huge believer in the importance of high quality dance in opera and so I am delighted that next season on different projects we will work with both Dansk Danseteater and Skånes Dansteater.

We were keen to make the most of Hofesh’s relationship with the Royal Theatre this season and so the Royal Ballet danced his work “Uprising” earlier in the season as part of Dans2Go.    I understand that the ballet dancers loved working with him, and so in that regard it is a shame that we couldn’t work with Royal Ballet dancers on Light.   On the other hand, Hofesh really values working with the dancers from his own company, particularly on new creations, as they have such a deep understanding of his language and vocabulary.

Secondly, regarding singers. We are structured today at the Royal Danish Theatre with a smaller ensemble than in the past, for economic reasons, and the result of this is that most Royal Danish Opera’s projects involve a mix of ensemble singers and guest singers.   That was to be the case with Light and we originally had 3 ensemble singers lined up for the cast.  But then Covid-19 caused chaos with our season and forced us to re-organize things to accommodate altered dates on other projects.  The result of that was that we lost all three of those ensemble singers from the project and so it ended up with guest singers only.  But this is an example of adapting to the unique demands of 2021, rather than an artistic choice!    That said, in general the early music projects perhaps tend to use rather more guest singers than any other area of our repertoire; sometimes this music demands special vocal skills or colors which are not available within a standard opera ensemble and sometimes it offers particular opportunities to young voices.

Finally, the project was of course also unusual in that it didn’t involve Det Kongelige Kapel.  We have one opera each season with Concerto Copenhagen, which is usually an opera from the early music period where we value their original instruments and historically informed practice.   The collaboration with them is a huge creative asset for the Theatre and its audiences – and is a practical necessity as we don’t have enough working hours with the Kapel to deliver a full opera & ballet season without working with a guest orchestra on one project each year.

I hope this helps address the question.